News and events of the day
Post Reply
417 posts

Stevens and Levin, both current Congressional representatives, ended up in a battle against each other after Michigan lost a Congressional seat following the 2020 Census.

A federal judge ruled Friday that Georgia must end statewide elections for the Public Service Commission because they discriminate against Black voters, a decision that could bar state officials from holding a November election to fill two seats.

U.S. District Judge Steven Grimberg wrote in a 64-page decision that statewide elections for the panel dilute Black voting power, a violation of the federal Voting Rights Act. That likely means that an election for the two seats on the utility regulating panel will be postponed for months, unless the decision is reversed on appeal.

Democrats get another poll indicating an improving midterm landscape

In this poll, 50% of Americans say they prefer Democrats controlling Congress, versus 43% preferring Republican being in charge. That 7-point Democratic advantage is up from June when the parties were even (47%-47%), as well as from May when the GOP had a 4-point edge on this question. (48%-44%).

Albert Bryan Jr. and Tregenza Roach cruised to victory on Saturday, clinching the nomination as the Democratic gubernatorial ticket for the general election on November 8th.

The incumbents, who are running for a second term, maintained a major lead in pre-primary election polling against Kent Bernier and Oakland Benta, who announced their entry in the gubernatorial race earlier this year.

The NBA won't be playing any games on Election Day to encourage fans to get out and vote.


The NBA will be off on Election Day.

The league’s schedule for the coming season will have all 30 teams playing on Nov. 7, the night before the midterm elections. The NBA is hoping teams use that night as an opportunity to encourage fans to get out and vote, plus amplify the need for civic engagement.

But on Nov. 8, which is Election Day, no NBA teams have games scheduled. Teams are being encouraged to share election information — such as registration deadlines — with their fan bases in the weeks leading up to Nov. 8.

“The scheduling decision came out of the NBA family’s focus on promoting nonpartisan civic engagement and encouraging fans to make a plan to vote during midterm elections,” the league said Tuesday.
https://www.nba.com/news/nba-wont-have- ... ay-in-2022

When you vote left, you vote right.
Top 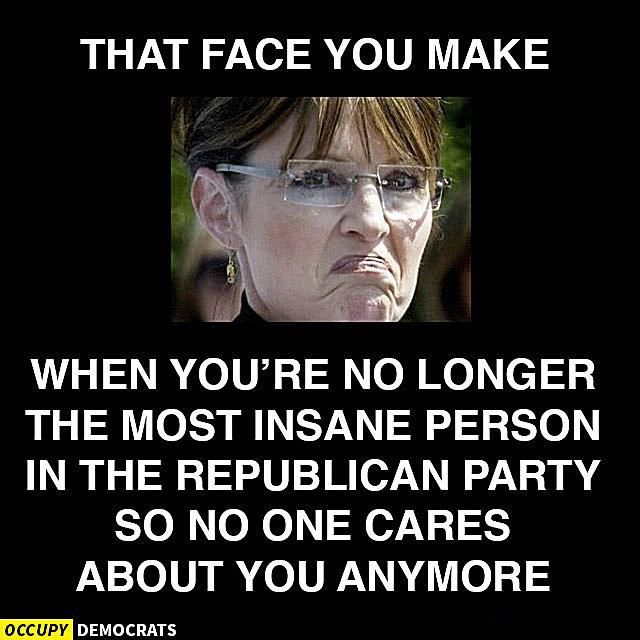 Former President Trump appeared on Wednesday to give facetious endorsements to former federal prosecutor Dan Goldman and Rep. Carolyn Maloney, both Democrats, ahead of New York’s primaries later this month.

Former President Trump appeared on Wednesday to give facetious endorsements to former federal prosecutor Dan Goldman and Rep. Carolyn Maloney, both Democrats, ahead of New York’s primaries later this month.

Washington (CNN) The Supreme Court on Friday sided with Black voters who challenged Georgia's system of electing members to the state's Public Service Commission, which regulates public utilities in the state.

The move was a rare example of the conservative court siding with voters over state officials in disputes regarding election rules, especially when the court is asked to act on an emergency basis.

North Carolina's Supreme Court just issued an important decision on who can amend the state constitution, saying no to lawmakers from districts with racially manipulated borders

In a ruling hailed by North Carolina's chapter of the National Association for the Advancement of Colored People, the state Supreme Court on Friday said the state constitution can't be amended by lawmakers if they come from districts with borders created in a racially-gerrymandered way.

The 4-3 decision sends back to a lower court a case involving the process by which the North Carolina general assembly can amend its state constitution.

A state senator in Colorado is resigning from the Republican Party and becoming a Democrat, citing the party's complicity in the Jan. 6 insurrection and 2020 election denial as the reason.

"I cannot continue to be a part of a political party that is okay with a violent attempt to overturn a free and fair election and continues to peddle claims that the 2020 election was stolen," Sen. Kevin Priola said in a statement.

Three states are holding primaries tonight. Oklahoma voters already went to the polls on June 28, but the state is now hosting runoffs in primaries where no one took a majority of the vote. New York also held primaries that day for statewide races, the state Assembly, and local office, but because the courts redrew the maps for the U.S. House and state Senate, those nomination contests are only taking place now. The Empire State also will carry out special elections in the 19th and 23rd Congressional Districts.

Laura Loomer lost. Of course, her, being Laura Loony, she doesn't accept or believe she lost, and refused to concede.

Her rapprochement with reality will come eventually, I suppose.

Far-right activist and congressional candidate Laura Loomer broke into tears as she claimed without evidence that she was illegally robbed of a Republican primary victory on Tuesday.

Incumbent Representative Daniel Webster won Tuesday's GOP primary for Florida's 11th Congressional District, according to the Associated Press. Although Webster won the race with 51 percent of the vote to Loomer's 44 percent with over 95 percent of ballots counted, Loomer refused to concede and instead suggested that the result was fraudulent.

Loomer previously won a Florida Republican primary race for Congress in 2020 but lost to her Democratic opponent, Representative Lois Frankel, by more than 16 points in the general election. She insisted that she was the true "winner" on Tuesday and argued that "big-tech election interference" could be to blame for the primary's outcome.

"I'm not conceding, because I'm a winner and the reality is our Republican Party is broken to its core," Loomer told supporters in a speech following her loss. "What we have done tonight has really honestly shocked the nation. We have further exposed the corruption within our own feckless, cowardly Republican Party."

In addition to being a political candidate, Loomer is a contributor to Alex Jones' far-right conspiracy media platform Infowars. She has previously pushed conspiracy theories that falsely claim mass shootings, including the 2018 shooting at Florida's Marjory Stoneman Douglas High School, were faked.

Loomer has been permanently banned from mainstream social media platforms including Twitter and Facebook for violating rules against spreading false information and hate, although she continues to maintain an account on Trump's Truth Social platform.

So Laura: it's weird. I totally agree with you about the GOP, but we might not agree as to the reasons why it is that way. YOU and people like you are a key part of the problem.
"Don't believe every quote attributed to people on the Internet" -- Abraham Lincoln

This will happen over and over in November when it really matters.

These fuckhead fascists arguing with each other in primaries is just a rehearsal.

Speaking of a rehearsal, anybody watching "The Rehearsal" on HBO MAX?
I sigh in your general direction.
Top

If you want to be SICK, watch today's Ari Melber show, democracy in WI is about to die.

Then if you want an illustration of how there is no hope, later on in the show he has the news editor from fox who called Arizona for Joe Biden who was later fired by Fox News.

Both sides do nothing, sir. One side actually IS evil and bad and if you still dont see it, you have learned NOTHING.
I sigh in your general direction.
Top

We can debate the accuracy of all her accusations as a whistleblower against the DePutin regime. IMHO, she did the responsible thing when she felt the state wasn't being fully honest about COVID levels in the state, and set up her own dashboard. (I used it).

I don't live in her district, but all I can say is Matt Gaetz is a human trafficker, a person who lies far more egregiously and for for far more bad faith reasons, and is a hardcore Trumper who is clearly in the Orange Tick Over Country party.

I think the choice for voters should be obvious.
"Don't believe every quote attributed to people on the Internet" -- Abraham Lincoln

There was some buzz that Charlie Crist might choose Gwen Graham as his running mate. Would have been fine with me.

I think I like this choice even more. She's the head of the Miami Dade teachers.

Charlie Crist is expected to announce he has chosen Karla Hernandez-Mats, the president of the teachers union in Miami, to be his running mate, according to four sources familiar with the decision.

The location of the "Special Event" has not yet been released to supporters. But three sources tell CBS Miami it will be at Hialeah Middle School, where Hernandez-Mats worked for more than ten years teaching children with special needs. In 2010 she was the school district's Teacher of the Year.

Born and raised in Miami, Hernandez-Mats is first-generation Honduran. The 42-year-old is married and has two young children. She has been president of the United Teachers of Dade since 2016.

We can debate the accuracy of all her accusations as a whistleblower against the DePutin regime. IMHO, she did the responsible thing when she felt the state wasn't being fully honest about COVID levels in the state, and set up her own dashboard. (I used it).

I don't live in her district, but all I can say is Matt Gaetz is a human trafficker, a person who lies far more egregiously and for for far more bad faith reasons, and is a hardcore Trumper who is clearly in the Orange Tick Over Country party.

I think the choice for voters should be obvious.

She is the one who refused to lie about Covid for Destupid, maybe I should send her a few bucks.
I sigh in your general direction.
Top

Correct, and she went one step beyond. She was a data scientist who helped the state set up the COVID dashboard, then she became concerned about certain data being misrepresented or withheld. The regime - I'll use that word - supposedly released a report claiming there was no basis to her accusations. Allow me in this case to be skeptical. It was not an independent investigation, it's kind of like when police investigate themselves.

She quit her job, and then ALSO set up her own alternative dashboard that allowed her to present what she felt were more honest data. That work won her an award if I remember correctly.

Now certain g-men have trashed her, all based on a regime report that supposedly accused her of being dishonest ... (meanwhile an internal IG report backs up some of what she said) ... all I will say, and I repeat, is Matt Gaetz is a far worse liar, and for more bad faith, malevolent reasons. For that alone, I would support her, but all the other reasons Gaetz is scum and a weasel matter too.

Matt Gaetz can get any votes, let alone win.
I sigh in your general direction.
Top