Football, Baseball, Curling... All the Important Ones!
Post Reply
3 posts • Page 1 of 1

Gonzaga received the top overall seed for the NCAA tournament, with Arizona, Kansas and defending champion Baylor joining the Zags as No. 1s.

The March Madness bracket came out Sunday for a tournament that begins with early-round games Tuesday and concludes with the Final Four in New Orleans on April 2. The championship game is April 4.

This was my men's bracket this morning 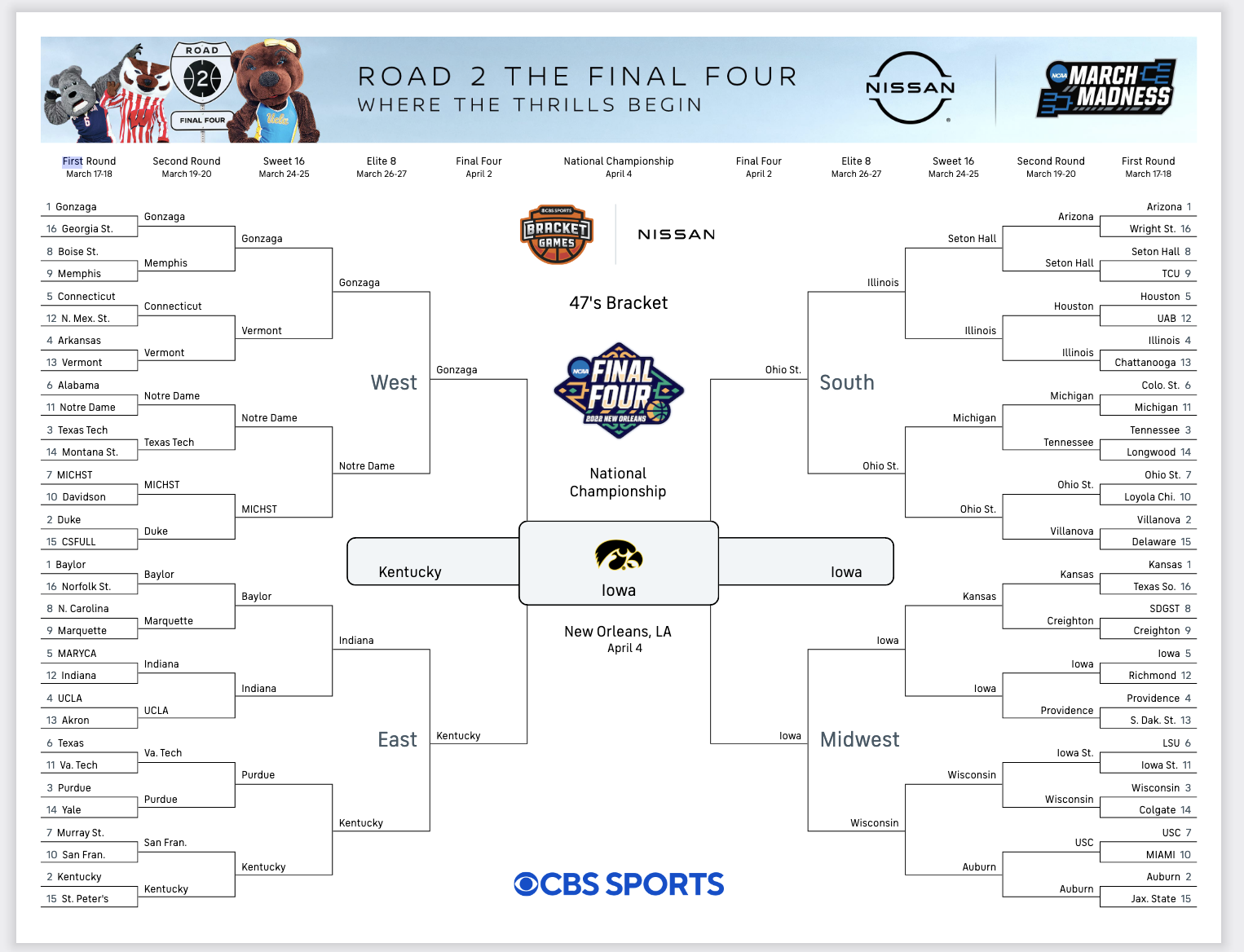 Was. To be honest I wasn't actually expecting Iowa to get that far but I still bleed black and gold so of course I'm gonna have them going all the way. I thought they would've gotten at least to the second round.

But, damn. Kentucky? I thought they'd be in for a while.

So much for that bracket.

The NCAA tournament is the best sporting event in existence today. There's probably not even a close second.

My bracket appears to be broken and I don't care because there have been so many great games already.

Today was not a productive day at the office. Tomorrow won't be either.
Top
Post Reply
3 posts • Page 1 of 1