News and events of the day
Post Reply
511 posts

Ohio Gov. signs law to have teachers carry firearms in classrooms with 24 hours of training

No safe place in a school that a teacher could fire a gun without endangering children other teachers or staff. Then there is what could happen if its wrestled away or misplaced or left lying around.

NRA believes ALL of us should have guns, right?

More guns make everyone safer. We can probably agree, this isn't true.

More guns are about freedom. It isn't. The USA is not the 'freest' nation, not even close.
Top

More guns are about freedom. It isn't. The USA is not the 'freest' nation, not even close.

You have to watch the video, really. Both funny and informative. 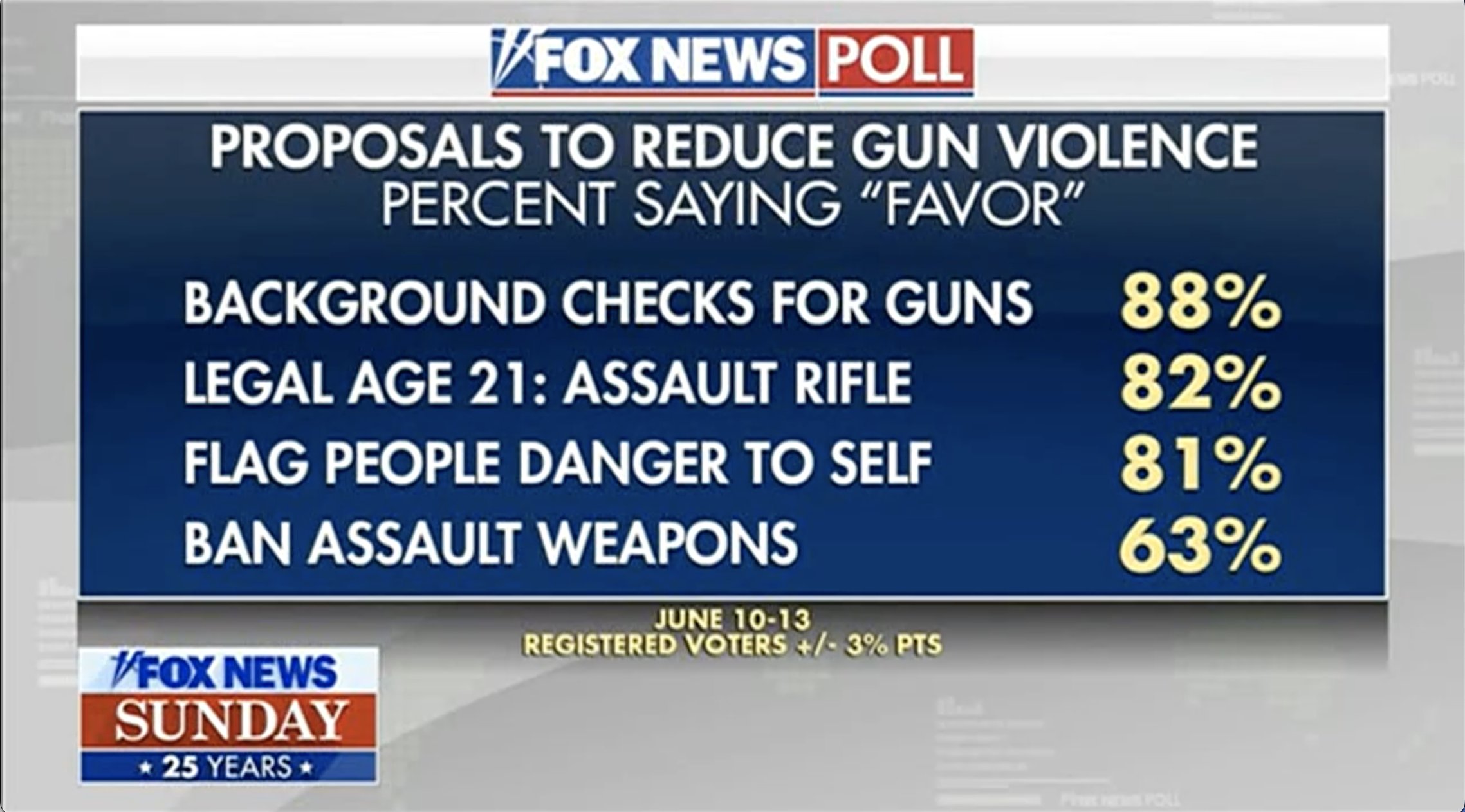 Just posted this on FB, but I limit who can see what I post so it wont help.

If I allowed every person who I am friends with to see everything I posted, half of them would come unglued. The ONLY friends I still have there that are trumpers are relatives, so I just dont let them see what I post.

The Senate has released the text of an agreement on gun control legislation, after weeks of bipartisan negotiations. Republican Senator John Cornyn, one of the key Republican negotiators, suggested there could be a procedural vote as soon as Tuesday night.

The deal has the backing of a bipartisan senators, including the 10 Republicans it would need to pass. If it passes both chambers of Congress, the legislation would be the first major gun reform legislation in decades. Top Senate Democrat Dick Durbin said they're aiming to pass the bill this week, and the Senate will stay in town until it's done.

The Supreme Court ruled against a New York law that restricts who can carry a firearm in public in a 6-3 decision that comes weeks after 19 children and two teachers were fatally shot in an Uvalde, Texas, school.

The court decided whether denying a concealed-carry license for self-defense violated the Second Amendment.

On July 14th, the Fuerzas de Acciones Especiales (FAES) of the National Police (PNB) turns five years old. From the beginning, several organizations and institutional representatives have pointed out that this division is responsible for committing serious human rights violations in the country. What’s the balance of their performance? What’s happened to the hundreds of casualties in which it’s been involved?

These are the conclusions drawn by the investigation “Las FAES no dependen de nadie. La muerte como divisa,” which I published a few weeks ago, in an attempt to answer these and other questions linked to the “FAES phenomenon.”

Investigators said the suspect, identified as a 42-year-old Norwegian citizen originally from Iran, was arrested after opening fire at three locations in downtown Oslo.


A shooting Saturday morning left one person dead and two others injured at a WeatherTech facility in a Chicago suburb, police said. WeatherTech manufactures and sells auto accessories.

At about 6:30 a.m. Saturday, police responded to reports of a person shot at the location of WeatherTech's factory store in the village of Bolingbrook, a southwest suburb of Chicago that is about 25 miles from the city.

A shooter fled the building following the incident, and police arrested a suspect at around 9:30 a.m. Saturday, the Bolingbrook Police Department said in a statement......