News and events of the day
Post Reply
129 posts

(CNN) President Joe Biden has once again refused to assert executive privilege over more documents that former President Donald Trump has sought to keep out of the hands of the committee investigating the January 6 attack on the US Capitol.

According to a letter obtained by CNN, White House counsel Dana Remus informed National Archivist David Ferriero on Monday that Biden would not assert privilege over additional materials that Trump requested remain secret as a matter of executive privilege.

The Senate voted Monday to confirm voting rights advocate Myrna Pérez as a judge on the 2nd U.S. Circuit Court of Appeals, making her the only Latino on the court and its first Latina since Sonia Sotomayor was confirmed for the Supreme Court.

Pérez was confirmed on a 48-43 vote as the country is gripped in a struggle over voting rights.

Progressives score another upstate win on good cause eviction

First came Albany. Then came Hudson. And now comes Newburgh as the latest place in New York to pass so-called good cause eviction legislation. Activists say cities like Kingston, Poughkeepsie and Ithaca might be next, which could spark additional action at the state level.

Good cause protections, put simply, bar landlords from removing tenants except under certain circumstances while limiting potential increases in rent. Such ideas have been increasingly pushed by progressive housing activists in upstate cities after the state Legislature voted in 2019 to make the state rental laws permanent. The growing number of upstate cities approving good cause eviction bills could add pressure on state lawmakers to pass legislation of their own in the upcoming legislative session.

During the four anni horribiles that Donald Trump was in office, he and his lawyers regularly tried to hide behind the office of the presidency when it came to legal issues. Sued for defamation by a writer whose rape accusations he claimed were a lie while insulting her looks to boot? According to then attorney general William Barr, Trump was acting in his official capacity as POTUS at the time, and therefore should be defended by the Justice Department. Suspected of committing fraud relating to hush-money payments to a porn star and Playboy model? In that case, his personal attorneys made the bold claim that it was unconstitutional for presidents to be investigated for any crimes whatsoever while in office, including shooting a person on Fifth Avenue.

Now, of course, Trump is not president. Yet he still seems to believe the powers and the privileges of being president should apply to him, an assumption that the actual president has now, on two separate occasions, been forced to explain is about as laughable as the idea of Ivanka Trump being qualified to run the World Bank.

Oct. 27 (UPI) -- The United States issued the first passport with an "X" gender marker, a move reflecting the Department of State's process of updating policies on gender identity.

The decision was first announced in July to add the marker for non-binary, intersex and gender non-conforming people applying for a passport or a Consular Reports of Birth Abroad. The department didn't announce to whom the passport was issued.

Gronk is teaming up with Dean Muhtadi (a pro wrestler, actor and former NFL player better known for his ring name: Mojo Rawley) to give Kennedy the value in Beyond Protocol coins — 690 coins that are worth about $44 each.

The Milwaukee Bucks will visit the White House on November 6 to celebrate their 2021 NBA title. The Bucks will meet with President of the United States Joe Biden in a ceremony honoring their championship.

Milwaukee will be the first NBA team to travel to the White House since 2016.

WASHINGTON (AP) — President Joe Biden has nominated Navy Adm. Christopher Grady to be the next vice chairman of the Joint Chiefs of Staff.

The Department of Justice filed a lawsuit Tuesday to prevent Penguin Random House's more than $2 billion acquisition of Simon & Schuster, alleging that the merger would violate antitrust law.

Why it matters: The DOJ said Penguin Random House, America's largest book publisher, would have "outsized influence" over which books are published in the U.S. and how much authors are paid if it's allowed to absorb Simon & Schuster.

The President is announcing ten judicial nominees, including nine new candidates for the federal bench. All of the nominees are extraordinarily qualified, experienced, and devoted to the rule of law and our Constitution.

These choices also continue to fulfill the President’s promise to ensure that the nation’s courts reflect the diversity that is one of our greatest assets as a country — both in terms of personal and professional backgrounds.

Swedish pop band ABBA made a comeback Friday with their new album "Voyage", nearly 40 years after they split up.

Agnetha, Bjorn, Benny and Anni-Frid — which forms the acronym ABBA — have not released any new music since 1982, a year after their last album "The Visitors."

Swedish pop band ABBA made a comeback Friday with their new album "Voyage", nearly 40 years after they split up.

Agnetha, Bjorn, Benny and Anni-Frid — which forms the acronym ABBA — have not released any new music since 1982, a year after their last album "The Visitors."

Yes they're back and this story goes with this other grim story; 2 die when man falls, lands on other in Sweden concert venue

After weeks of outrage over the anti-Biden Let’s Go Brandon meme spreading like wildfire across social media, supporters of the president are starting to coalesce around a catchphrase in response to it. The original, of course, was imbued with such virality that it’s shown up in the halls of Congress and Florida Gov. Ron DeSantis recently garnered cheers for lambasting “the Brandon administration,” to say nothing of this phrase now adorning merchandise like hats, shirts, and chart-topping songs on iTunes as well as the Billboard Hot 100.

None of that could have happened if there wasn’t a deep-seated current of frustration and anger over the direction of the country right now. Let’s Go Brandon as an encapsulation of this moment is so perfect. That’s because as a short and succinct catchphrase it nevertheless contains multitudes. It’s a reflection of media bias that has long animated conservative politics. It lets people vent anger at this White House and its policies in a creative way. And that brings us to the counterweight from Biden supporters.

Texas Tech has identified its next head coach.

Sources told Yahoo Sports’ Pete Thamel that Texas Tech will announce Joey McGuire as its new football coach on Monday. The Lubbock Avalanche-Journal first reported the news, which was later confirmed by the university.

(CNN) For the first time in nearly a century, members of the public will be able to walk on the Tomb of the Unknown Soldier plaza and lay flowers before the sacred memorial site in Arlington National Cemetery on Tuesday and Wednesday.

It's the first time in 96 years that visitors have been allowed to approach the Tomb, according to Karen Durham-Aguilera, the executive director of Army National Military Cemeteries and Arlington National Cemetery.

A Venezuelan judge has granted a rare appeal to six U.S. oil executives who were jailed for alleged corruption.

A court document shared with The Associated Press by a person familiar with the case showed that a judge scheduled an appeal hearing in the case to take place Tuesday in front of a three-judge panel.

Mr. Sharpe’s pardon application was thoroughly reviewed by the Office of Executive Clemency, the Office of the General Counsel and the Governor.

“I have carefully reviewed Montoyae Dontae Sharpe’s case and am granting him a Pardon of Innocence,” said Governor Cooper. “Mr. Sharpe and others who have been wrongly convicted deserve to have that injustice fully and publicly acknowledged.”......

In early January, desperate for a distraction from the outgoing president’s attempts to overturn the election, I began digitizing home movies from my childhood in Tallahassee, Florida. As a kid, I fancied myself something of an auteur, and I wielded our family’s camcorder like a chubby and flamboyant Stanley Kubrick, forcing my friends to perform take after take in the atrocious short films I scripted. When my creative juices ran low, we would sometimes film a “music video” instead. This exercise involved blasting a CD on my boombox while we lip-synced and gyrated, staring straight into the camera as if we were hostages trying to convey our location through interpretive dance. When my friends grew impatient with the rougher contours of my artistry, I filmed these videos alone, in my bedroom, in front of the full-set Encyclopedia Britannica from the 1970s that taught me the word homosexual. I already had the meaning figured out.

On Jan. 4, 2021, I stumbled upon one video that nicely captured these solo sessions: my performance, at age 9, of *NSYNC’s era-defining hit “It’s Gonna Be Me.” Feeling that the dance conveyed an essence of my selfhood then and now, I cut and tweeted a 36-second clip. It was warmly received, and then I forgot about it—until May 22, when I received a disturbing email from Twitter. “The following material has been removed from your account in response to the DMCA takedown notice,” the company informed me, providing a link to my tweet. It then accused me of violating Twitter’s “policy” and warned that “repeat violations of this policy may result in suspension of your account. In order to avoid this, do not post additional material in violation of our Copyright Policy and immediately remove any material from your account for which you are not authorized to post.”

Administrators at historically Black colleges are eagerly awaiting passage of President Joe Biden’s Build Back Better agenda, with hopes that the bill’s record funding for HBCUs could put the schools on a path to compete with top-tier research universities specializing in science and technology.

The massive social safety net package making its way through Congress would provide $3 billion for science, technology, engineering and mathematics, or STEM, programs at minority-serving institutions. Advocates say that level of funding is crucial to helping Black colleges develop the kind of high-tech infrastructure commonly found at schools like Johns Hopkins and MIT.

Julia Hawkins set a world record in the 100-meter dash Sunday, and established a new age category in the process. The 105-year-old Hawkins completed the race in just over a minute, becoming the first woman 105 or older to run the event, according to the National Senior Games Association.

Julia Hawkins set a world record in the 100-meter dash Sunday, and established a new age category in the process. The 105-year-old Hawkins completed the race in just over a minute, becoming the first woman 105 or older to run the event, according to the National Senior Games Association.

Impressive. I'm half her age and can do it in half the time so that's good, right?
Top 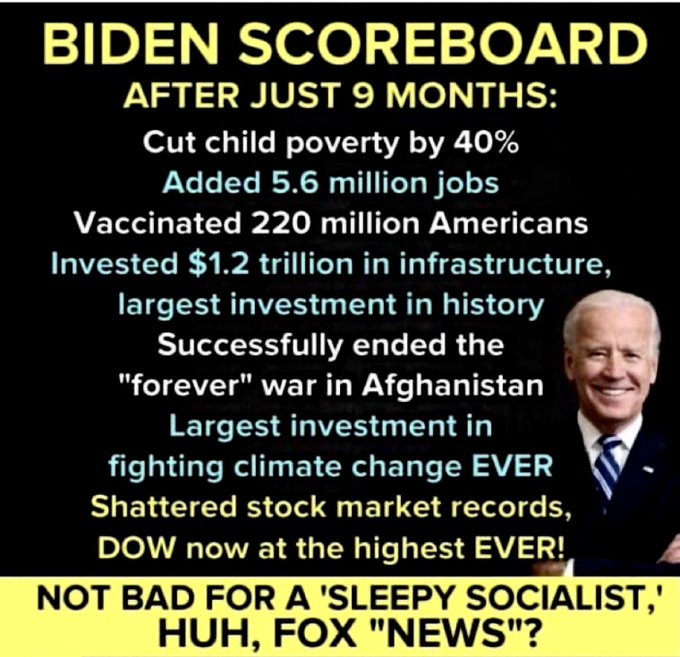 The event marked the first summit since 2016 and was also the first hosted by the White House.

The governor was facing mounting pressure to intervene with only hours until Jones's execution, which was set for today.